January 14, 1983: Group Appeals to Legislature For New Song – An article about citizens attending a legislative session at Ocala City Hall that week. One of the attendees is Wolfgang Halbig.

It is again noted that Wolfgang’s run for Marion County School Board was unsuccessful. He is described as a “former Florida Highway Patrol trooper,” and it is recorded that he “served on the blue ribbon traffic committee,” showing a presumably strong dedication to the principles of traffic safety at all times.

At the legislative session, Wolfgang observes that since driver’s ed is no longer required, school boards look to it when budget cuts are needed (thus impacting his job prospects.) He also pushes for “more strict fines for people who violate the law,” possibly to recoup the expense of paying his salary.  [LINK]

April 6 1983 “Halbig Accepts Sebring Offer” Halbig accepts the head coaching assignment at Sebring high, and thus is transitioning from Vanguard High School to Sebring High. Article notes that Halbig has “been out of coaching for two years” but was defensive coordinator at Lake Brantley and Lake Weir. [LINK] (RIGHT)

Investigators note that this position (head football coach at Sebring High School) is the same position that Halbig had inquired about while working at Lake Weir four years earlier, leading directly to his being fired. At the time, he claimed he was not looking for a job at Sebring; the school was looking for someone older. At the same time, he was demanding “enthusiasm, dedication, and loyalty” from his players.

Question #4 Wolfgang MUST answer: Why don’t you include your stint at Sebring High anywhere on your resume? You completely leave out 1983-1985 in your career, why is that?

While at Sebring, Wolfgang suffers a nasty fall, causing him to take “a lot of medication”:

1983-1984 Academic year: Wolf attends the Gainesville, Florida satellite campus of Nova University according to his 2014 deposition. 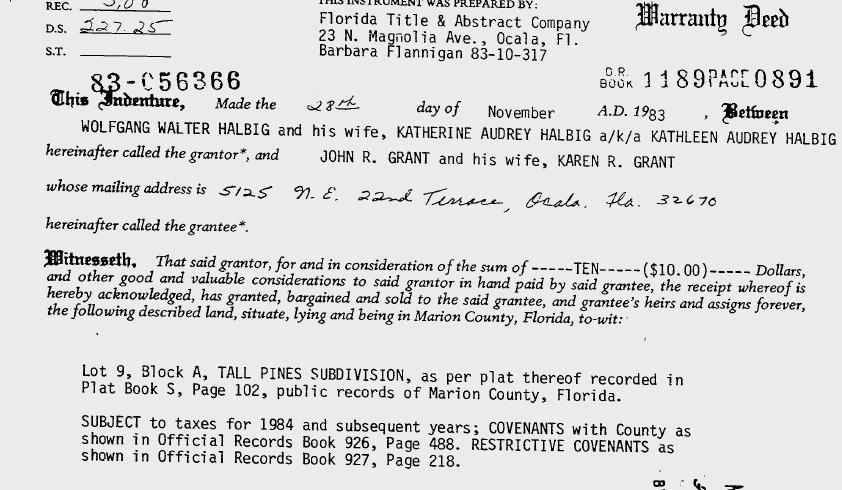 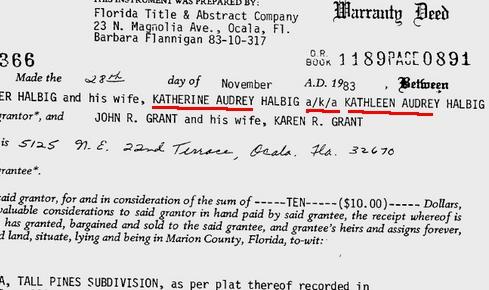 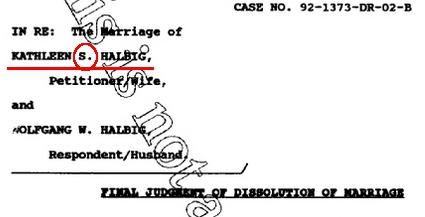 …why does your wife have so many aliases? What is she hiding? 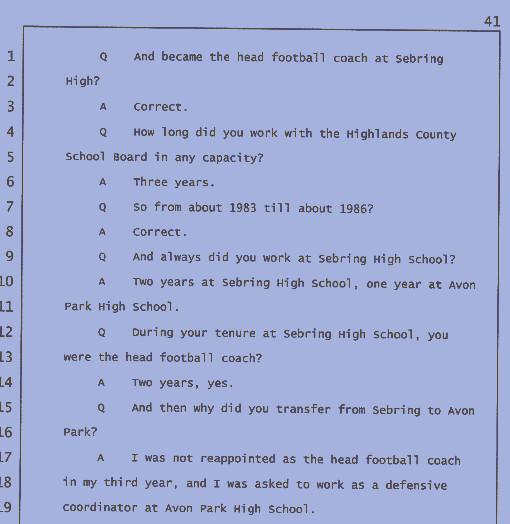 1985-1986 School year: Wolfgang is demoted to defensive coordinator and transferred to Avon Park High School (another school in Highland County, and also the one Wolfgang graduated from in.) After one year in that position, he resigns and takes a position with a Lake Brantley High School in Marion County.

NOTE: Wolfgang apparently asserts on his resume that he began at Lake Brantley in 1985, erasing any mention of working at Avon Park High School and shifting his start date back one year. Investigators have not yet been able to confirm if he was telling the truth on his resume, under oath, or possibly in neither case.

February 25, 1987: Lake Brantley, Lake Mary, Lyman Stars Dominate Sac – Wolfgang’s coaching fortunes have improved at Lake Brantley, and Halbig is even “ named coach of the year for his team winning the conference.” [LINK]

September 8 1988: An article notes that Halbig, in the 1970’s, was playing volleyball for the Air Force, experience that is coming in handy as Wolfgang is beginning coaching girls volleyball at Lake Brantley. [LINK]

• Developed a committee to prepare a video for staff development regarding violence in schools by bringing together a school board member, the teachers union, school administration and the Sheriff’s office

Get Rich or Lie Trying: The Life Story of Wolfgang Halbig

Wolfgang’s Huge Lawsuit against the LCSO has been DISMISSED!